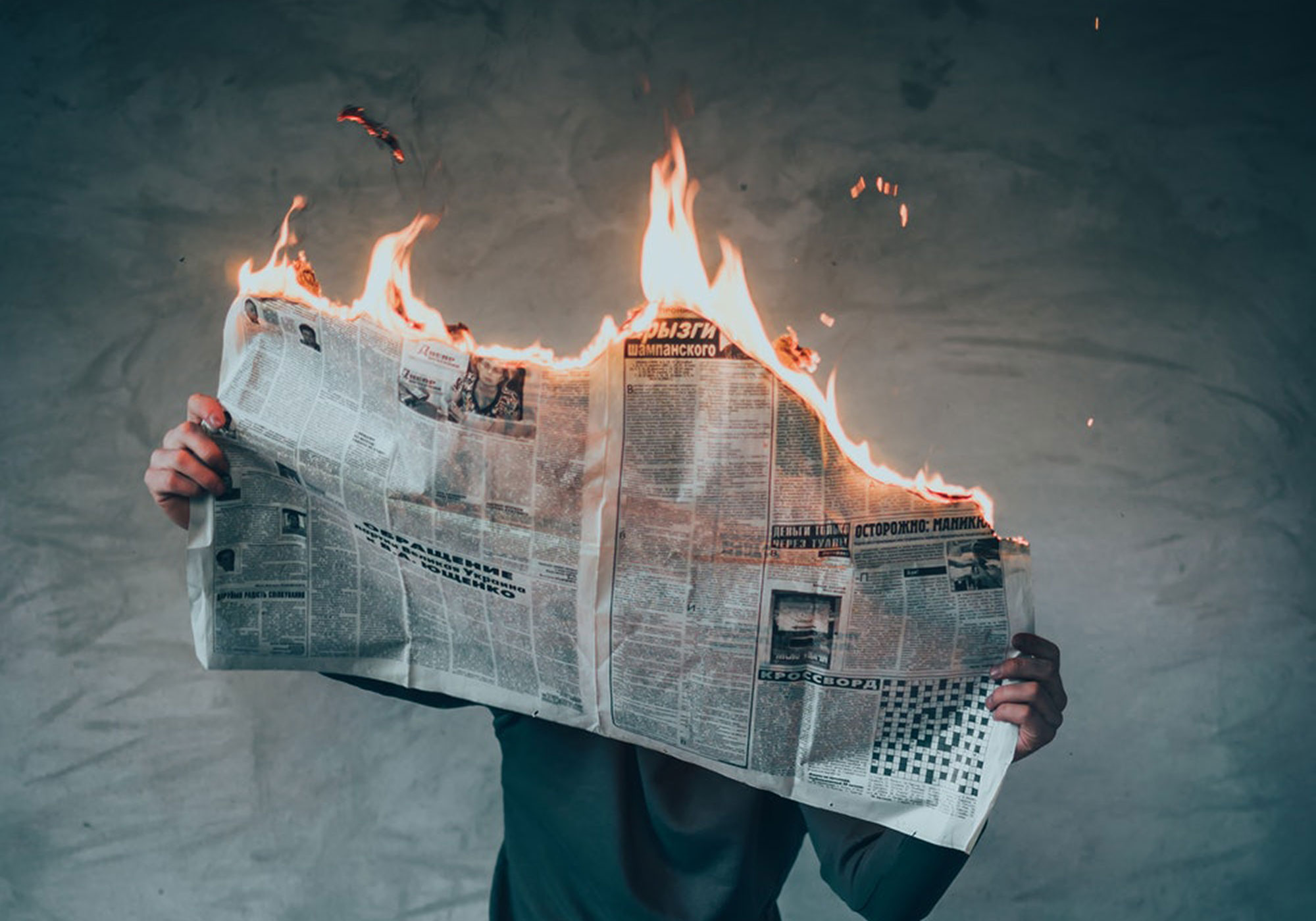 The post-truth and the context

There is a problem with the news today. Most of the daily information we see on the mainstream media is the equivalent of fast-food: it's cheap, quick and splashy, gives you empty calories (no real knowledge) and obesity (information overload). And like the fast-food chains, the fast-news outlets want you to consume as much as you can, as often as you can - using clickbait headlines to entice readers to click, comment, share and engage in futile discussions without merit, with radical opinions and shallow analysis.

Another problem are narratives. When an event occurs and its details are difficult to check, especially when it has global implications, narratives and opinions are presented as facts. This was very evident during the recent toxic gas attack in Idlib, Syria. The narrative of the pro-Western media put the blame on the Syrian government. The pro-Eastern outlets put the blame on the rebels. None of the mainstream media, on either side of the story, publicly asked the fundamental questions: what was the target of the attack? why did it hit civilians? which toxic gas was used? did the attack come from air, artillery or armoured units? could the attack have hit a rebel weapons depot that stored toxic gases? if yes, why are rebels storing weapons among civilians? if not, why is Syrian government still in possession of chemical weapons?

Instead, the mainstream media kept stating opinions as if they were facts. One side says it was Sarin gas, and it was definitely the Syrian air force. The other says it surely were the rebels, storing chemical weapons in Idlib. But without answering the fundamental questions, and without any visible interest in answering them, it may seem both angles are a narrative, an agenda, and not reporting, journalism.

I think we can mostly agree we would like to see an unbiased, unopinionated news source that would not force narratives and agendas on its readers. We would not like to read unverified information presented as facts. We would rather like to see important questions raised, even if answering them is difficult or impossible. We would like to understand events, the stories behind them, the sources of problems, the context. We would like to be entrusted the task of developing our own opinions about the daily affairs, instead of being fed what essentially is propaganda. A strong word, I know, but whether it's a matter of who is the biggest war criminal or what is the best mobile phone, it seems the majority of what you can read tells you what you should think.

In response to all this we wanted to make something different, and we created Offstream. It's updated every 2 hours, with news based on Wikipedia Current Events Portal, which we see as curated, reasonably unbiased and highly annotated: thanks to this, we were able to give each news item a list of closely related stories. We believe this will help to better understand the context of current and past events.

Offstream is also a free and open sourced website. It's just the start of a journey and you can use or improve our news data in ways we can't imagine. You can see our source code on GitHub. You can use all of our news data using the API. You can read each page using your web browser as usual, but if you wish also in Markdown, JSON or XML. All content on this website is licensed under a permissive CC BY-SA 3.0 license.

We respect your privacy. Offstream does not collect any information on you: we do not keep server access & error logs, we do not use web analytics, we do not track our visitors, we do not serve ads, we do not use cookies, and if you wish, you can access this website using SSL encryption.

Finally, we have an opinion section with occasional editorials like this one. Even here, we aim to keep close with facts, research and pursuit of understanding what the heck is going on with this world of today. If you want to join us on this road, feel free to bookmark this website. Read, share, analyse and think on your own. Welcome to Offstream!