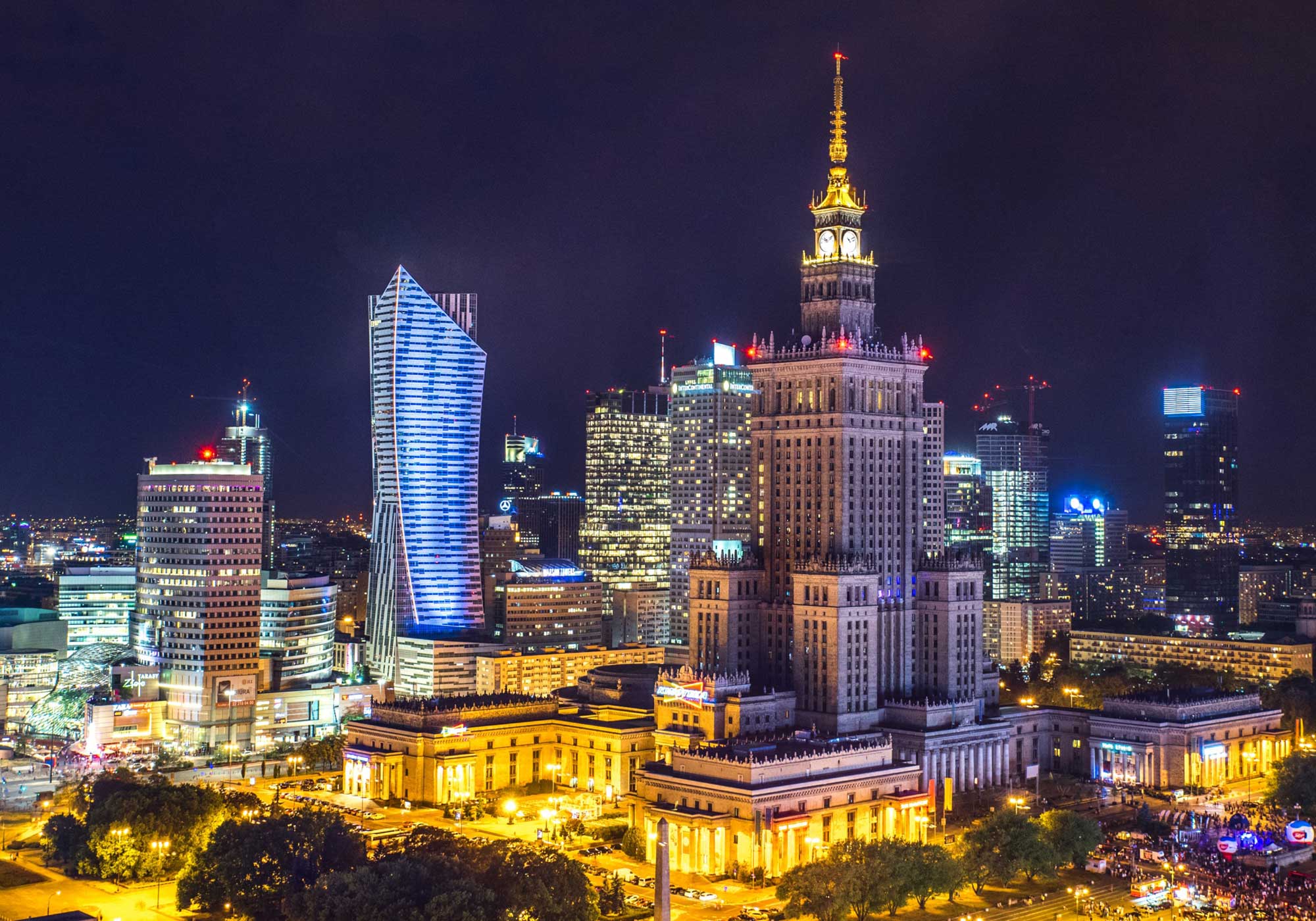 Historians put its beginnings around 960 AD in the area roughly resembling the current borders.

It had its ups and downs through the ages, but by 1600s the Polish-Lithuanian Commonwealth grew and spanned from Baltic to Black Sea as one of the largest countries in Europe.

But history has no mercy.

By 1792, it was removed from the maps of Europe in three consecutive annexations by Germany, Russia and Austria.

Despite each time Poles trying to stop their country demise, by organising three failed uprisings against the occupants.

They had to wait 126 years, until the end of World War I in 1918 when the allies agreed on the reconstruction of Poland.

And even then, just one year later Poles had to take up arms again to defend their new country against the Communist invasion from Russia lead by Vladimir Lenin.

Luckily for them – and frankly, the rest of the West – Poles scored a significant win at the Battle of Warsaw, halting the Communism march on Europe and firmly establishing control over the territory of new Poland.

And yet again, history had no mercy.

On September 1, 1939, Poland lost its independence through Hitler's invasion and the beginning of World War II.

Conquered by Nazi Germany, with French and British troops waiting on the west German borders, understandably hoping that Hitler would just stop with that conquest nonsense.

And by September 17 the Soviet Russia attacked Poland from the east as agreed with Germany during the infamous Ribbentrop-Molotov accords.

Poland disappeared from the maps yet again.

Throughout the Nazi occupation Poland endured unique terrors, but resisted.

There are no words for the horrors all Polish citizens had to endure.

Those who were Jewish, were haunted like animals and sent off to the German concentration camps established on Polish territories by the Nazis.

Those who were not Jewish, were often executed on site or sent to the camps as well - for being in the Polish army, in the resistance, for sheltering Jews, for stealing food, for being a Pole who met an SS-man in a bad mood...

The so called “lapanki”, meaning German soldiers suddenly rounding up people on the streets and executing or arresting them, were routine in many Polish cities.

It wasn’t a peaceful occupation of Champs-Élysées – it was a survival nightmare.

It is estimated that 3 million Jews, 2 million Poles, several hundred thousands of Gypsies, Ukrainians, Russians and other Slavs lost their lives in the concentration camps, mass executions in the forests and everyday terror, killed by the German soldiers.

It’s also estimated that because of the Nazi terror, tens of thousand of Poles (including Jewish) were denounced by their next-door neighbours and killed by the German occupant.

No one can deny it.

But those who judge Poles by it should ask themselves an honest question – how would they endure the horrors of the Nazi regime?

Throughout the occupation, Poland desperately wanted to be on the West side after the war, but the victorious states had another plan.

In Yalta'45, the USA, Russia and UK drew the lines that would soon be called the Iron Curtain – through the middle of Germany, leaving Poland under the Communist regime and control of the Soviet Russia.

Through the next 45 years that many quite understandably consider occupation, through the endurance of the Solidarity movement, many public protests and underground opposition, enduring constant repression, censorship, brutal crackdowns and killings of dissidents, Poland regained its independence once more in 1989.

The country finally steered to the West. It opened its borders, joined NATO and the European Union, grew its economy and partnerships.

The future looked bright. There was hope.

But history is never black and white.

Many great things happened to Poland since it joined the EU.

And an equal number of issues that made Poles uncomfortable.

The rapid economic transformation and currency inflation of the 1990s threw many hard working people to the poorest parts of society.

Many of them were active in the Solidarity movement but failed to adapt to the new realities of capitalism.

For many years, they were left behind and in part propelled to power the current right-wing Law and Justice government.

Many decisions of now friendly neighbouring countries were met in Poland with criticism – the Nord Stream gas pipelines built directly from Russia to Germany is viewed as a danger to the Eastern Europe security, since these lines would guarantee energy supply to West Europe even after the ever-feared Russian invasion on Ukraine, Latvia, Lithuania, Estonia and eventually Poland.

When Russia annexed parts of Ukraine in 2015 and fuelled the conflict within, around 1 million Ukrainian immigrants were welcomed by Poland.

This is rarely mentioned in the discussion regarding the middle-east refugee quotas Poland resists to accept.

Similarly, the soft stance on Russian aggression in Crimea by the West EU members brought back the bitter memories of Europe’s reaction on the eve of World War II.

Most of the Western Europe countries never experienced such a painful history.

And in that context, one can somehow understand Polish impractical reactions.

However, instead of turning a hard stance, EU should apply soft power and aim for consensus.

The goal should be to create a strong France-Germany-Poland horizontal axis of cooperation.

Only such an alignment can ensure a strong, united Europe from West to East, North to South.

With a strong core, the dream of a true European Union can be achieved.

But will we see equally strong leaders to achieve it?